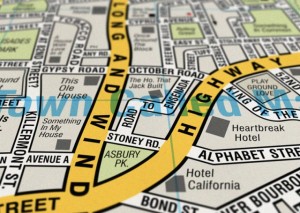 So remember when I talked about the importance of outlines and that having a roadmap will help you get to your destination faster while writing the first draft… Yeah, well somethings things happen that throw a wrench into the well-made plan and you are left scrambling to put pieces back together. And they usually form different pattern in the end.

It’s like when you plan out a route to get somewhere only to get halfway and discover that the bridge is out. Now you are left trying to negotiate a myriad of backroads to get to your destination, and your GPS is out. Scary right? But admit that it’s also a bit exciting. Because just like driving, spending several months simply following along a rigid outline can become boring.

I know I was getting a bit tired of my well-planned out story when I finished Part 2 of Shadow Hunters and started on Part 3. And that’s when the writing gods threw a wrench in my plans and made my writing time exciting again.

It all started when a character whom I didn’t have any big plans for decided to not only appear early, but also to take an active role in the story.

When he showed up, I said, “Well hello there! What am I supposed to do with you?”

He smiled and blew up my carefully constructed bridge leading to the final destination.

So now I and the rest of the characters are stuck on the backroads of the story. We see the destination, but what stretches between us and shining light called THE END is terra incognita.

But you know what? I’m looking forward to my writing time again now. I know that I can still use some of the plot points and scenes I had outlined, but they will have to be arranged differently and probably have an unexpected outcome. But a lot of this Part 3 will be totally new. Who will live? Who will die? How will the situation be resolved? Shit, I have no idea now! How cool is that? 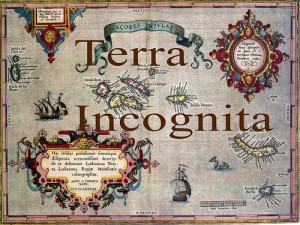 So this is my long-winding way of saying that while having an outline is important because it lets you really think your story through to the ending, sticking to it like glue can be a bad thing. Use it as a guideline, but never be afraid to step off the beaten path.

When a character starts doing something unexpected? By all means, let him! And cheer him on too, because chances are, he is giving you narrative gold. When a carefully planned scene suddenly reaches an unplanned outcome, don’t delete it and try to rewrite so that it fits your outline. Let it run its course and see where it leads. Even if it doesn’t quite make sense at the time, even if that means you will have to rewrite parts of the story you have already written down afterwards. Let it flow, because this is your story telling you how it wants to be written.

So throw away the map and jump into the unknown with a smile on your face, just don’t lose sight of the end game! You might meander a little and take a detour or two, but you will certainly find some hidden gems along the way.

Write on, my friends, write on. 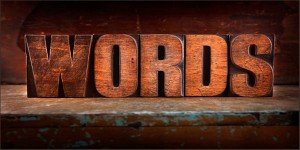