Last week I talked about the importance of listening to your characters and letting them evolve. Today I thought that I would give you an example of that, since I had to let the characters take the reins in my current WIP – Shadow Hunters.

When I was outlining and plotting Shadow Hunters, I knew that my protagonist would be a prince. Not only that, but that he would also be a jerk. After all, this kingdom lives under absolute monarchy, which means the king and the royal family have a heck of a lot of power. On top of that, there is a rather rigid caste system with the royal family on the very top of the food chain.

So it made sense that a guy who was born with a golden spoon in his mouth and had servants cater to his every whim would grow up to be a self-absorbed and entitled jerk. So his initial character journey was to meet a girl from a very different environment, fall in love and slowly become a decent human being through a series of more and more staggering trials and obstacles.

With that plan in hand, I started writing my first draft and my protagonist immediately rebelled against me. He absolutely didn’t want to be a jerk. After fighting with him for the first three scenes of the first chapter, I threw the towel and let him drive the narrative. And I discovered some very interesting facts about my prince. 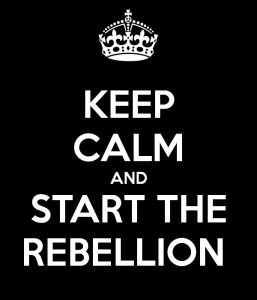 Yes, Akemi’s family is all powerful and his father rules the kingdom with a firm hand, but Akemi himself is the youngest of five children. As such, he is so far down the inheritance line that nobody even considers him a contender. His eldest brother is the Heir in waiting destined to succeed to their father and has been trained as such. His sister is the perfect lady destined to be married off to form an alliance with one of the neighboring kingdoms. He could go into the military, but his second brother already beat him to it and he is, by all accounts, an exceptional warrior. And even the scientific field is covered with his last brother the genius inventor.

Akemi couldn’t even enter the clergy because there is no clergy per se in this world. And it’s not like he has a particular talent for anything. So in the eyes of his family, he is useless. He grew up seeing indifference in his parent’s eyes and annoyance from his eldest siblings.

On top of that, he learned at a very young age that no friendship is free. All the kids that wanted to be his friends in the past and even now that he is studying at the Royal College want something in exchange for that friendship. It’s either status, influence, money, or a way to get closer to his more influential siblings, and once they get what they want, they will jump ship in a heartbeat.

So Akemi learned to wear a mask of indifference and condescending aloofness and not let anyone close enough to see his real face. Heck, he doesn’t bother to learn the names and faces of most of his followers because they change from week to week. He remembers 3-4 that stayed longer than most and even gets attached to them more than he should, despite knowing that it’s a bad idea that would only lead to heartbreak.

So instead of a self-absorbed jerk, I discovered a decent and even rather kind guy who is just so lost and disillusioned about his place in this world that he hides behind a mask. His family thinks he is useless, so he ends up believing the same, and just kinda floats with the current, not making much effort to find a road to follow in life.

So his journey through the book transformed as well. Instead of being just a plain love story where guy meets girl and she makes a human being out of him, he embarks on a journey of self-discovery. Throughout the events of this story, Akemi discovers where his allegiances lies, what his dreams are, and how far he is willing to go to protect those he loves.

I don’t know about you, but I find that kind of story a lot more interesting than the one I had planed to write in the beginning.

3 thoughts on “Evolution of a character or not all princes are jerks.”