I went on a Korean drama bilge watching spree lately and I have learned a few interesting and surprising things along the way that will, hopefully, make me a better writer.

I admit that I approached Korean dramas with a bit of a preconception at first – the few that I had seen in previous years had been cheesy, clichéd and badly acted. I had to be talked into watching the first one by several of my internet friends and I started it after much grumbling and dragging my feet. It was City Hunter and it blew my mind and you can see in this post and gifted me with a wonderful story idea that I’m developing now.

I have since watched several more series and two more grabbed my attention – The Master’s Sun  and I Hear your Voice.

I also finally managed to put my finger on why these shows resonate with me so much while some of the American and European series leave me indifferent, despite the fact that they have a bigger budget and better-known actors. It’s because all three series are have much more depth than first meets the eye. 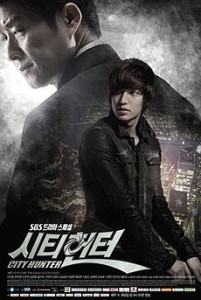 On the surface, City Hunter  is a story of revenge, pure and simple. 28 years ago, a man watched helplessly as his brothers in arms died at the hands of their own soldiers and vowed to kill the five men who knew of the mission and gave the order to shoot. If the show had been just that, I doubt that it would have grabbed my heart and dragged it over hot coals for 24 episodes.

No, it manages to raise some very deep questions, like how far is going too far and at which point the good guys become so warped up in their revenge that they end up even worse than the bad guys? Can revenge justify stealing your best friend’s infant son and bringing him up as a killing machine, sacrificing his childhood and any hopes for a normal future to fuel the fire of your obsession?

It’s also about love in all its different manifestations: romantic love between a man and a woman, fatherly love and acceptance, the love of a mother for her lost child that she never gave up on, grudging respect that morphs into friendship between two strong men… It’s also about sacrifice and the hard decisions one has to make in order to keep the people he loves safe, even if that decision is to walk away from them. 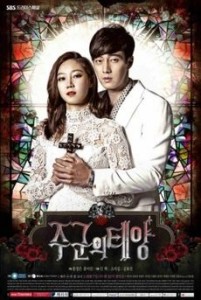 The Master’s Sun masquerades at your typical romantic comedy: girl can see ghosts and is terrified by them, because they haunt her endlessly, not letting her live a normal life or even get a good night’s sleep. She meets a guy who can make those ghosts go poof the moment she touches him. Of course she would stick to him no matter what. Add to that that the guys is a total jerk and you would expect lots of laughs and shenanigans…

Well, this show gives you most of that, but also so much more. All the ghosts stories are touching and serve to teach the characters and the viewer something about themselves along the way. The romantic line is not as clear-cut and one-sided as it seems either.

But most importantly, this show is about healing. The healing of physical and psychological wounds that we all carry. All the characters have to go through a lot of trials but emerge stronger at the end, beginning to accept themselves as they are instead of being ashamed of it. And Gong Sil has the biggest character growth of them all: she goes from being terrified out of her mind and unable to take a step outside of her tiny apartment to firmly standing on her own two feet and not needing anyone else to make her ghosts disappear. 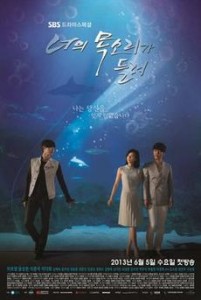 I Hear Your Voice looks like a procedural drama paired with a hopeless crush a young man has on a much older woman, but in reality is the most complex of the three shows. It’s about personal growth: a boy becomes a man. A rather jaded and selfish woman learns compassion and empathy. A naïve and earnest defense lawyer learns to stand up for his clients and his decisions…

But it’s also about people, and their stories, and all the big and small reasons that make them do the things they do. It’s about the difference having even one person who listens to you when you are in your darkest most desperate moment can make for the rest of your life. It is rather scary to see how close Pak Soo-ha comes to following in the footsteps of Min Joon-gook, the man who had murdered his father. Soo-ha wants to protect the woman he loves, even if it means becoming a murderer himself. It’s rather heartbreaking to learn that Min Joon-gook was faced with the same choice all those years ago and fell off that ledge of no return. Soo-ha is saved from this decision by the presence of Jang Hye-sung in his life and her conviction that if he goes through with his plan, he just becomes a murderer and all their reasons and justifications for hating Min Joon-gook would become moot… I must admit that this idea that having even one person by your side no matter what can become the light that guides you out of the darkness resonated very deeply with me.

And also, as cheesy as that sounds, about how love can be all-encompassing and unwavering and make both you and the person you love better. It’s shown the most with Soo-ha, who starts with this one-sided crush on a girl who testified against his father’s murderer 10 years ago and that he vowed to protect no matter what. Needless to say that this crush doesn’t stand a chance and shatters into pieces when he meets a grown up Hye-sung and discovers that she is nothing like the woman of his dreams… and progressively learns to love and accept her just as she is and never gives up. But all the other characters also undergo their own transformations and learn to love in their own ways. Hye-sung finally admits that she loves Soo-ha despite the age difference and her fear that he will come to his senses and leave her, and decides to embrace the relationship and be happy.

All of those shows bring to the viewer a lot more than promised and, more importantly, make us think about some very important topics. I love the fact that it’s also done with subtlety and tact, with a lot of things just hinted and left to interpretation. I also love how all the characters turn out to be complex and “real” so much so that you end up rooting for most of them, even some of the episodic characters. Heck, by the end of I Hear your Voice I almost felt sorry for Min Joon-gook, even after everything he’d done to our main characters.

After I watched these dramas, I realized that THAT’S what I want my stories to be like. I want them complex and layered. I want not only to entertain my readers but also make them think. I want to make all my characters “real” and if not lovable, at least relatable, even the antagonists. I don’t want simple stories. I want complex tales that challenge me and make me think and feel something. So thank you, Korean dramas, for making me want to become a better writer!

3 thoughts on “What Korean dramas can teach us about storytelling.”