Back before the whole NaNoWriMo madness started in October and I plunged headfirst into the first draft of Choices, I had started a series of posts about memorable characters and why I found them so. You can read the post about Sephiroth or the importance of a good antagonist, or A Shadow Hero – Severus Snape. Now that I’ve finished my first draft, I decided to continue this series.

Last week, we watched the first season of The Blacklist on Netflix, and yes, I know that I’m late to the party and that the show is almost through with season 2 already, but at least I got to bilge watch the whole first season at once. 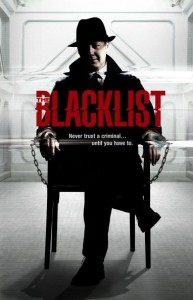 And I must admit that I fell in love with Raymond Reddington. I think he is the best example of a memorable character that is, at times, less than likable. Red is not a good person and, more importantly, he doesn’t pretend to be a good person. He is a criminal. He has done a lot of questionable and downright horrible things in his life, and some will argue that he is no better than the criminals he helps the FBI catch and neutralize…

Yet we can’t help but feel attracted to this character. Not physically attracted,  mind you, though some might be, but emotionally enraptured by his cheer force of personality. I don’t know if it’s the excellent acting by James Spader or all the work the script writers pored into this character, but Red commanders all the attention every time he enters the room. He doesn’t have to do anything for that, he can just sit there and give his handlers that look and we all know that he is already several steps ahead of them in the situation.

So yes, he is a perfect example of how the viewer, player, listener or readers (because this is true to any medium, be it a game, a movie, a radio show or a book), can become emotionally invested in a character, even if that character is not exactly a knight in shining armor. In case of Red, he is more of a shadow cardinal.  He is smart, he is charming, but more importantly, he always delivers on his promises, whether this promise is to help you or to make you pay for double crossing him. 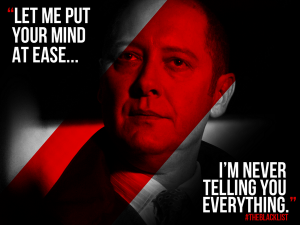 And I get a bit irritated with Liz and the rest of the special task force for constantly throwing this “You’re a criminal. You’re no better than the people you help us put away” argument to Red’s face over and over again. I mean duh, he never pretended to be anything else. He never pretended that his motives were altruistic.

Yet, somehow I could care less about what happens to all the other members of the task force, especially not Liz, though Donald Ressler starts showing some potential. But I want to know what happened to Red’s family. I want to know what pushed him towards the path he chose or what his connection to Liz is… I care enough to watch episode after episode even if I could give a rat’s ass about the rest of the cast.

And this is the true magic of a well made character – whether he is good or bad, the readers (viewers, gamers, listeners) care enough about him to follow his story to the end.

2 thoughts on “Raymond Reddington or a characters doesn’t need to be likable to be memorable.”