At the beginning of this month, I had started a new series of posts about literary (and movie) characters I really liked and the reasons why I liked them. If you are interested, here is my first post about Doctor Who. I would like to continue this series with another famous character that I dearly love – Hogwards Potion Master and spy extraordinaire Severus Snape. 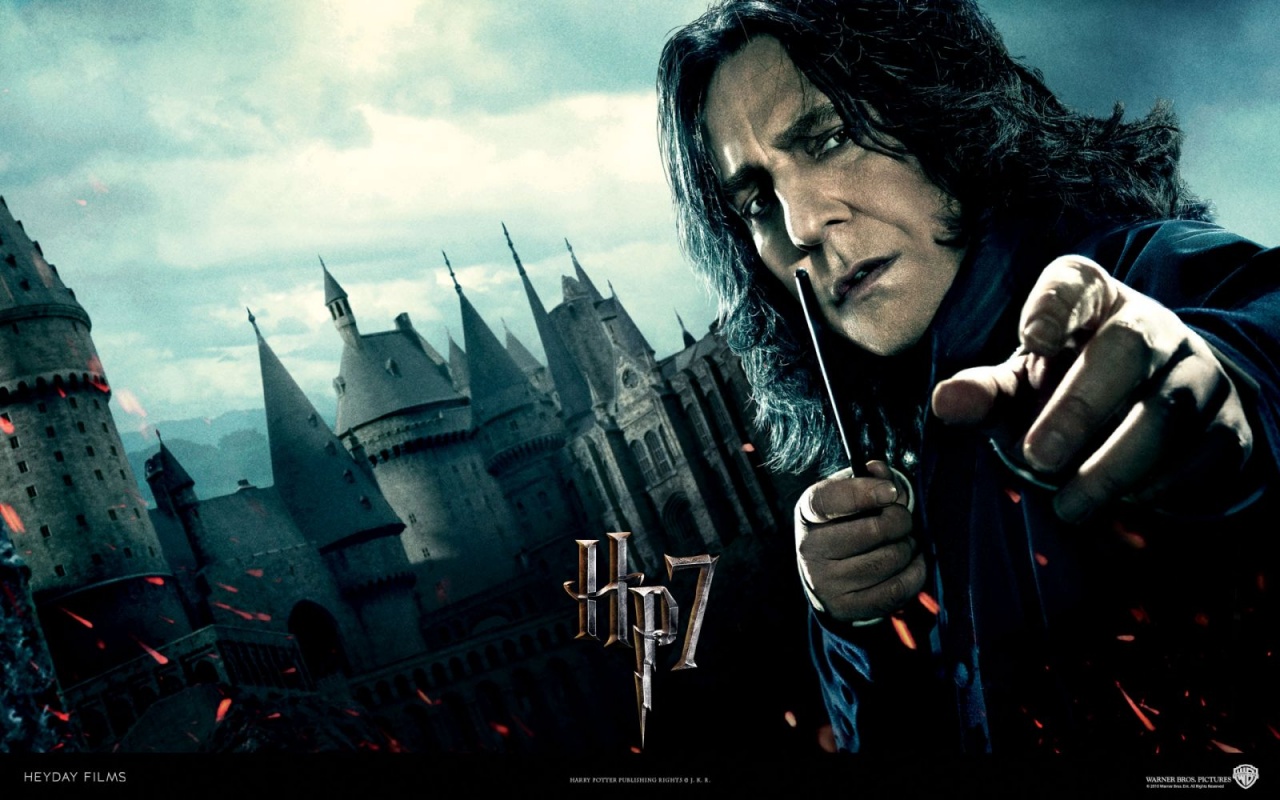 I need to warn you now that this post will contain SPOILERS for all seven books, so if you haven’t read them yet for some reason, proceed at your own risk.

Alright, this warning out of the way, let me explain why I love this character so much. I think it’s because he is so complex and has such hidden depths that even the author didn’t suspect until she started writing him. I also think that Alan Rickman fit into this role perfectly in the movies, even though his Severus Snape is a lot older than the one in the books (who, after all, was only 38 in the first book).

Everything in the books is seen through Harry Potter’s eyes, and he takes an instant dislike to his taciturn Potion Master, so of course everything Snape does will be painted in negative light. Oh, don’t get me wrong, Severus Snape is a miserable bastard. He is bitter, angry and full of self-hatred as well as hatred at the world in general, and the way he treats Harry or Hermione is simply inexcusable.

But let’s set aside his horrible personality and consider his actions instead. In the first book, he does everything to try and protect the Sorcerer’s stone and he spends most of the quidditch match muttering counter spells to prevent Harry from falling off his broom. In second year, he is responsible for brewing the potion that would save all the kids that had been petrified by the basilisk, including Hermione.

I think that we see the true mettle of that man in book three though, when he rushes out of the castle and into the Shrieking Shack even though it’s the night of the full moon and he is about to confront a werewolf that almost killed him once already. He doesn’t hesitate though, because the lives of three children are in danger. The image bellow shows it perfectly well – even when faced with one of his worst nightmares, his reflex is to defend the children, even if that means die a horrible death himself.

I like Severus Snape because, even though he is a profoundly damaged man, he is also a man of honor and principles. He basically sacrificed his entire life to bring the downfall of a madman and thus to repent for a mistake he had made when he was barely out of his teens. He became a double agent, despised and distrusted by both sides, friendless and alone, with nobody to turn to for comfort. He was asked to do unspeakable things for that cause.

I can’t even imagine what the last year in Hogwards must have been like for him, when he had to play the role of the Death Eater Headmaster and bear the scorn and open hatred of his former colleagues and students. Yet, he made sure that none of the students were permanently harmed, even with two clearly unstable Death Eaters on the premises. Not to mention that Harry would never have gotten the horcruxes destroyed without his timely help. No, I am certain that without Severus Snape and all the sacrifices he had to make, Lord Voldemort would have won and Harry Potter would have been the boy-who-died… along with many others.

And even though I don’t buy into the idea of Snape’s undying love for Lily Potter as the driving force behind everything he had done, I can’t help but admire his extraordinary force of character. He truly is the greatest shadow hero of this book.