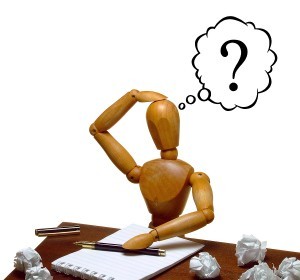 Last week, I finally finished the first draft of Mists of the Crossworlds… again. Yes, I’ve had to rewrite this story three times now and each time it nearly doubled in size. So it went from a 6k words short story to a 20k words novella and now, at almost 50k words, it’s a novel. Hopefully, I have finally told the whole story and I won’t have to go through this process again.

Anyway, I feel drained and rather low every time I finish a new first draft. I can’t help but feel like everything I have written is complete and utter s%$t and why did I even bother finishing it in the first place?

I know that feeling now. It happens all the time. So instead of panicking and sending the whole Scrivener folder into the Recycle bin or putting the printed copy into the furthest drawer, I sent it off to my favorite beta and most vocal supporter and decided to forget about it for a few weeks. Once she is done reading, she’ll come back to me with a long list of problems and some much needed praise, and I will try to make the story better.

So while I wait on her to suffer through the murk of my first draft, I decided to come back to editing Of Broken Things, the very first novel I managed to write from beginning to end. I had finished the first draft in January 2014, had started editing it in March 2014 and hadn’t touched it since about July 2014. Back then, I managed to edit about half of the manuscript and got burned out. Considering that I had to rewrite about 80% of Part 1 and change almost everything, It was probably normal.

Anyway, I had put the manuscript aside and wrote a couple short stories, did my first revision / extension of Mists and then got busy with the NaNoWriMo project which became The Choices we Make. After I finished that one, I jumped into yet another revision of Mists, so I never got a chance to get back to Broken Things before.

Well, I can tell you that what I discovered when I opened that manuscript again after almost a year took me by surprise. The first thing I thought was “Holy s%$t, I can write better than this now!” And that was a very empowering thought, especially since I was feeling low after finishing my first draft of Mists. So that’s and observation I really wanted to share with my readers.

We spend so much time in our current project that sometimes we lack the perspective. First drafts can be soul-eating and draining. They look more like Quasimodo than Prince Charming, and we sometimes end up hating them by the time we are done. And we can start feeling like nothing we write is worth reading, that nothing is good enough. Worse, that we’re not improving, that we’re not moving forward.

What I discovered when I picked up Broken Things again is that it’s not true.  I have written a little over 200k words since the day I finished that manuscript, and I can see that they have made a difference. I have gotten better. I have grown more confident in my voice and my abilities as a storyteller and it shows. That doesn’t mean that this old manuscript is bad. It just means that I have a much better idea of how to improve it. And editing goes a lot faster than it used to!

So my advice to everyone who is feeling low at the moment; who feels like their craft is not improving – dig out an old manuscript of yours and re-read it. I guarantee that you will see the difference. You are improving with every word you write, with every story you finish, but sometimes you need a little perspective to see that.

Don’t give up. Keep writing. Finish what you started, even if it feels like you’re just smearing manure on the paper.

PS. If you are interested in checking Of Broken Things out, I am posting it on Wattpad.

2 thoughts on “Keep Writing – you get better even if you don’t feel like you do.”