This post was born out of a brief exchange I had with a friend on Twitter. She had mentioned that in all the popular TV shows, the cops always hang around the office after hours (and sometimes late into the night), even after the case is done. Why don’t they go home? Don’t they have a life outside their work?

That conversation made me think. I also took a hard look at the shows I like on TV to see if I could confirm or deny that statement. Well, the verdict isn’t pretty – it seems like the TV wants us to think that you cannot be a good specialist (be it a detective, a CSI, an agent, etc.) unless you are literally married to your job. 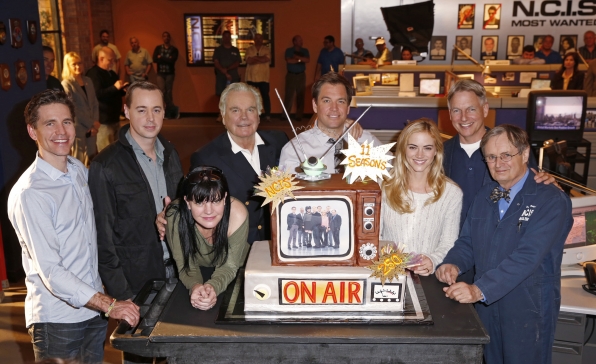 In NCIS, for example, Gibbs has been divorced three times and the relationships he had during the show never lead anywhere. He lives in a house that looks more like a cheap and ran down motel and spends most of his time in the basement working on a boat. Ducky was sharing his home with his mother until she passed away and now lives alone. As far as we know, he has never been married and is not in a relationship. Tony’s romantic life had been a train wreck after train wreck. All of them practically live at work.

CSI, another popular series, also shows us a group of workaholics with almost non-existent social lives or failing relationships. Nick, Greg, Julie and Morgan are all single. Sara’s relationship with Grissom ended a few seasons ago and Brass still has problems with his ex-wife and step-daughter. Heck, even the family man D.B Russell is starting to feel the strain in his personal life.

And there are plenty more shows like that. Heck, the latest example of this was shown in Rizzoli and Isles, when Jane chose her career over marriage to the man she loved, because it meant following him around.

My problem with that portrayal is that it slowly convinces the viewers that if you want to be good at your job, you need to prioritize it above everything else, personal life included. You need to be married to it, even obsessed with it.

Well, I have a beef to pick with that. First of all, obsession is never healthy. Also if you structure all your life around one single thing, once this thing taken from you, your life crumbles. Have you noticed that when those series show us a retired cop, he is usually either a heavy drinker, struggles with depression or bitter at the world? And how many characters took their own lives when they were declared unfit for duty for one reason or another?

I don’t agree that you have to sacrifice everything to be good at your job. I think that in order to be good at something, you need to be a healthy and balanced person. That means having more than one “obsession”, a hobby that you would enjoy doing during your free time, plenty of friends (and not only colleagues), and a good family life / personal relationship. That way, if disaster strikes and you fail at one aspect of your life, you still have all the others to fall back to and help you through. And your work won’t suffer too much, if you leave on time to enjoy a good dinner with your family. On the contrary, you might come to work happier the next day and ready to tackle oncoming challenges.

So that’s the characters whose stories I want to read and watch. I want well-rounded people. I want people who are not defined only by their job, who can balance profession and personal life, and be happy doing both. Those people are not boring. They have their own challenges to overcome. And there is so much more that can be done with characters like that as an author.

2 thoughts on “Do you need to be married to your job to be good at it?”