When I was in the middle of the first draft of my novel, I ready many blog posts about writing, first drafts, rewriting and editing. I read somewhere that first drafts sucked, and that you were lucky if you kept about 10% of it on the rewrite. I remember thinking this can’t be true! That would be absolutely horrible and heartbreaking to spend months putting one word after the other just to have most of them end up in the dust bin.

Well, once I finished my first draft and put it in a drawer to marinate until I come back to it in February, I decided to distract myself by writing a short story. It was set in a completely different world than my novel and it was fun to write… Then I decided that before I could dive into editing a 100k words manuscript, I should probably try and tackle a 4k words story first, just to see what it entrails.

I read my short story with a critical eye and realized that it had all kinds of inherent problems.

First of all I was so focused on putting the story down and fitting it in a short story format, that I didn’t give my main character a chance to say anything. Basically, it was like I gagged her, tied strings to her arms and legs, and marched her down the story like a brave little puppet. She did all those wonderful deeds and never got a moment to tell the reader why she did them or how she felt about them.

Then I noticed a second problem with my story. My heroine encounters an old dying werewolf and, after hearing the creature’s story, takes pity on it and puts its soul to rest. Well, the werewolf’s story frankly sucked. A woman scorned by a man who turns into a monster and destroys the entire village where the man lived? Including innocent women and children who had done her no harm? No way in hell my character would empathize with a monster like that! But the fact that she connected with the werewolf and understood her pain was important to the story. The conclusion was – the werewolf needed a better story. 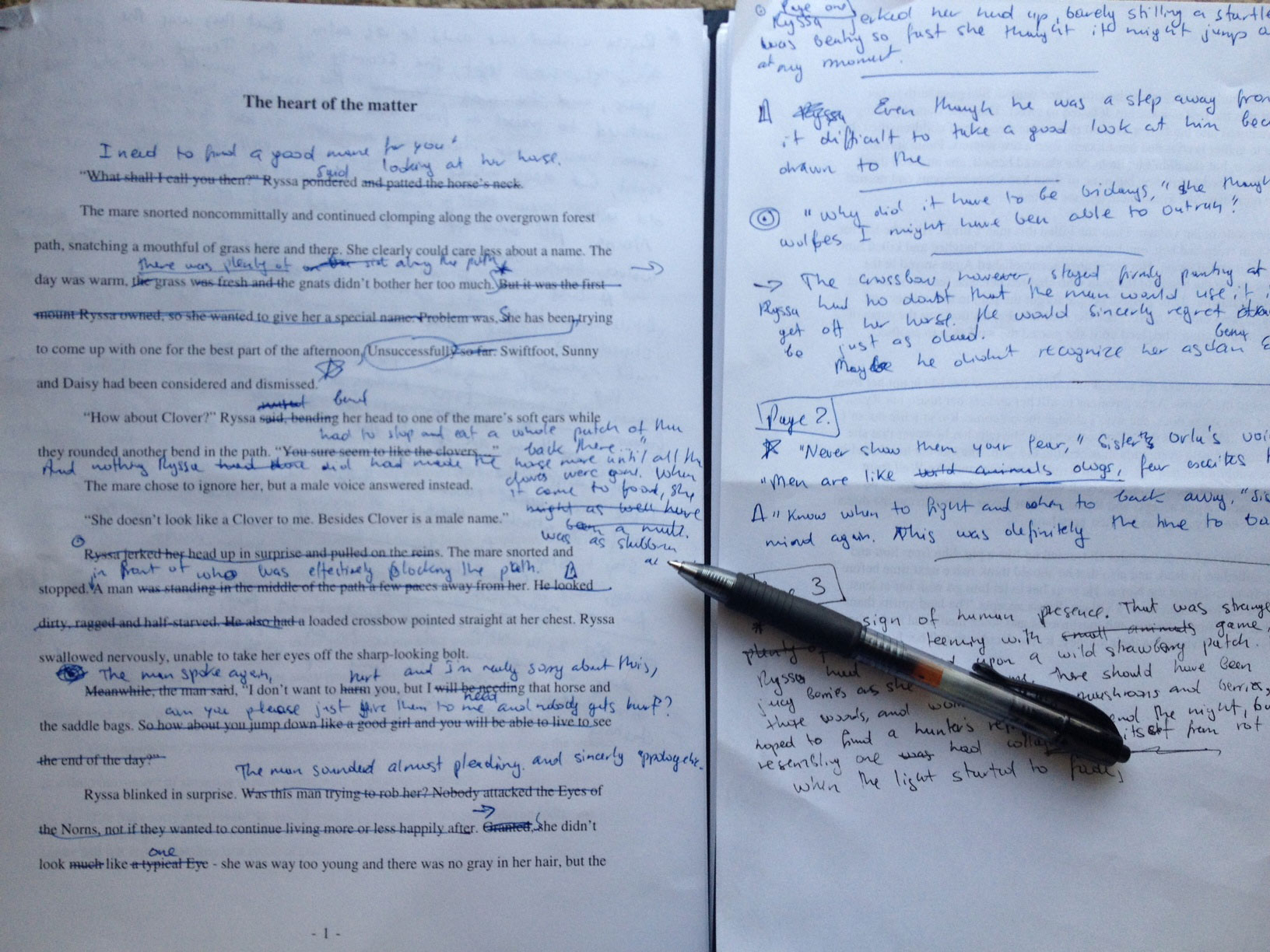 So I sat down with my printed short story, lots of spare paper and a blue pen and went to town: changing, adding, crossing out and rewriting. In the end I think I kept maybe 5% of the original first draft, everything else had been drastically rewritten. I think the story is better now, but that still a lot of words that ended up deleted.

This also kind of scares me when I think about the 100k words 350 pages monster waiting for me in my desk drawer. If I have to rewrite my novel just as drastically, it will take me months to accomplish this.